2020 has been another successful year for the Epic Games  who has developed Fortnite: Battle Royale. Thus far, players have experienced four seasons ranging from an entirely new map to the invasion of Marvel Comics characters. One of Fortnite’s most significant allures is the variety of character skins, gliders, back blings, harvesting tools and wraps available via the Battle Pass and the item shop. We’ve seen some iconic skins emerge over the last three years, and Epic used 2020 as another opportunity to entice players into spending their V-Bucks.

With three months left in the year, we decided to handpick some of our favourite skins from this year. Let’s take a look at ten of the best Fortnite skins in 2020. 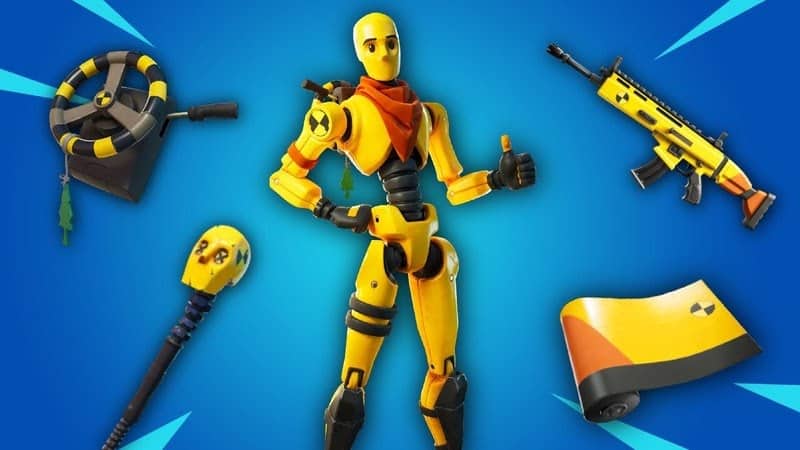 Epic Games finally released driveable cars in Fortnite on August 16 with the long-awaited Joy Ride Update. After three years, players could now get behind the wheel of four different car-types instead of scrapping them for metal. As usual, Epic did not pass up the opportunity to release some skins themed alongside the Joy Ride Update. One of the shockingly popular skins to emerge from the update was a crash test dummy. This skin, aptly named Dummy, became one of pro player benjyfishy’s main skins after it hit the item shop on August 5. Dummy takes the shape of a yellow crash test dummy with robotic body parts and a friendly face.

As part of the Dummy Brigade set, players could purchase the Noggin harvesting tool, Crash Test weapon wrap and the Wrong Turn back bling. It was last spotted in the item shop on September 3 for 1,200 V-Bucks. 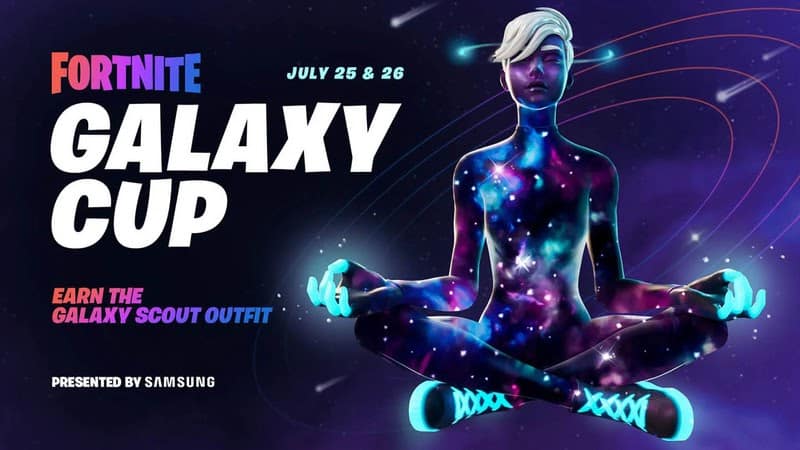 First available via an Android-only Fortnite tournament, the Galaxy Scout skin became the latest addition in a long line of Samsung-exclusives. Android users could earn this skin by participating in the Galaxy Cup presented by Samsung back in July of this year. Participants in each competitive region had to finish inside a placement threshold to earn the Galaxy Scout skin. It later became available for purchase on August 2 along with a pick-axe, weapon wrap and glider. The Galaxy Scout skin sports a female character model with short white hair, tennis shoes and the iconic Fortnite galactic theme. It has not resurfaced in the shop since early August. 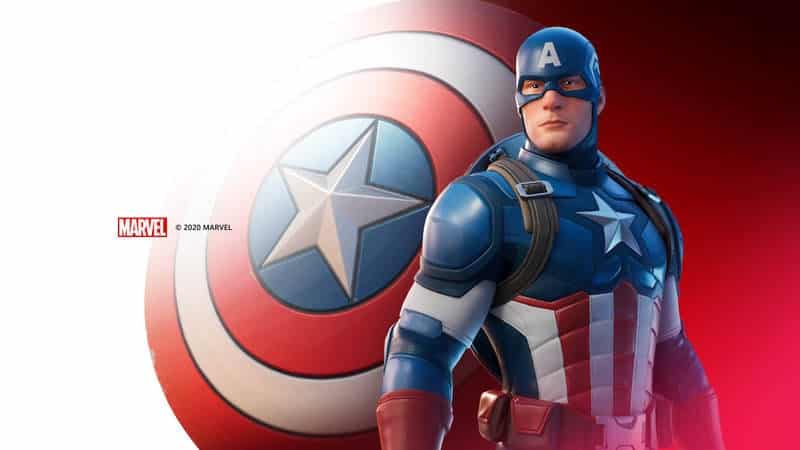 Before the debut of Fortnite’s latest Marvel-themed season, Captain America received his first in-game character skin on America’s birthday. Beginning July 3 and ending July 12, Captain America became the sixth Marvel Comics character to enter the famous Fortnite: Battle Royale item shop after Star-Lord, Black Widow, Cable, Psylocke and Domino. Also known as Steve Rogers, Captain America came equipped with his patented Vibranium-steel alloy shield, which players could use as back bling and a pick-axe. Captain America has not reappeared in the item shop since leaving on July 12, but considering the Marvel crossover in Chapter 2 – Season 4, we can expect him back real soon. 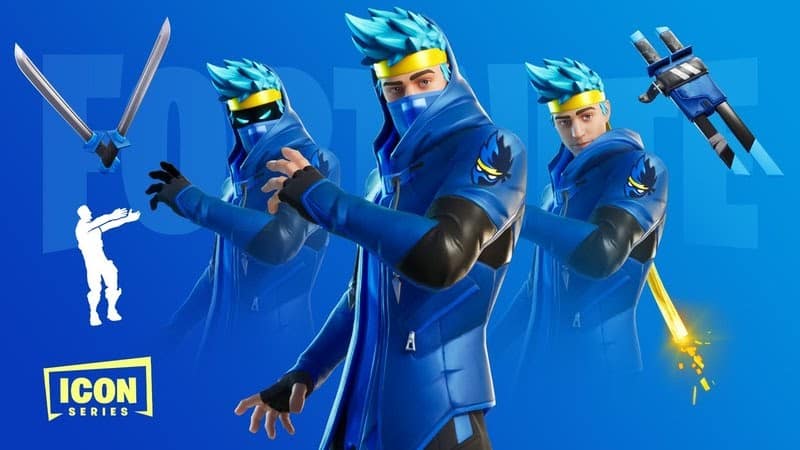 After three years of Fortnite: Battle Royale, Epic Games finally came to their senses and partnered up with a slew of content creators to release a set of in-game character skins, accessories and emotes to honor those who backed Fortnite from the beginning. The ICON Series technically kicked off with American DJ Marshmello in February of 2019. Almost a full year later, on January 16, 2020, Tyler “Ninja” Blevins was immortalized in Fortnite with a character skin. The Ninja set featured a male character model with Ninja’s infamous yellow headband, blue hair, a blue hooded jacket stamped with Ninja’s logo and black pants. Ninja also received three other character styles, two of which swapped out the human version with a blue-eyed shadow-like figure and the same clothing. Those who purchased the bundle also received the Dual Katana Harvesting Tools, Katana Back Bling and Ninja’s famous PON PON dance.

After its initial release, the Ninja set reappeared in the item shop from May 21 to May 24. According to Ninja’s wife Jessica, that was the last time Fortnite players could purchase the set. 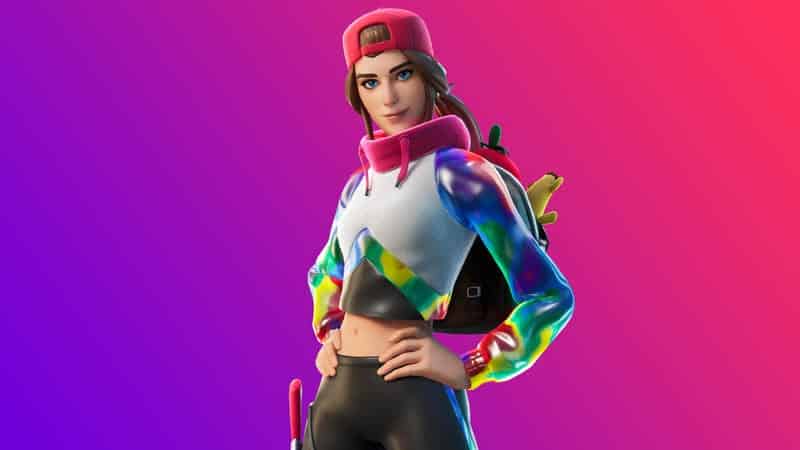 Nearly five months after Ninja finally became a Fortnite skin, Epic Games followed suit with another popular YouTuber and Twitch streamer. The most recent addition to the ICON Series saw the release of a character skin based on Australian content creator Kathleen “Loserfruit” Belsten. After a brief delay, the Loserfruit set finally became available in the item shop on June 21, 2020. The Loserfruit skin sports a female character model with a red backward baseball cap, multi-colored hoodie and black pants. Also available in the Loserfruit set was a Buddy Bag Back Bling, Fruit Punchers Harvesting Tool and a Bounce Berry Emote.

Loserfruit’s skin left the item shop on June 24, but similar to Ninja, we will likely see this skin return in the future. 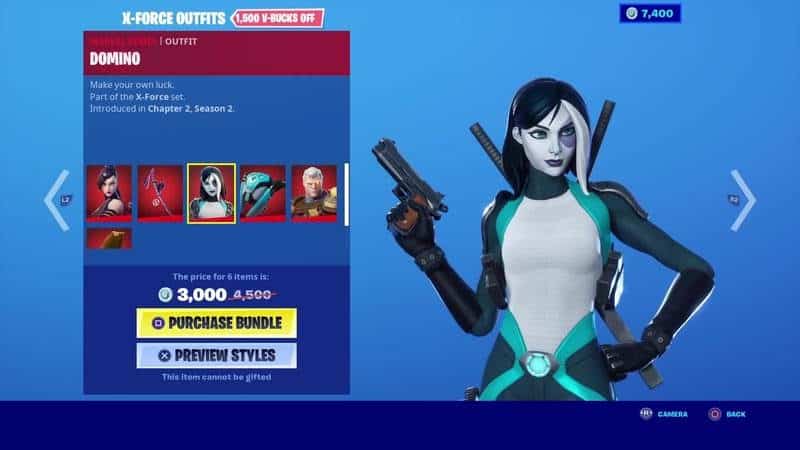 The second Marvel skin on this list is none other than Domino. She first appeared in the New Mutant Marvel Comics series in the early 1990s. However, most will recognize Domino as a member of Deadpool’s X-Force superhero team. With Deadpool taking center stage in Chapter 2 – Season 2’s Battle Pass, other characters from the same series followed suit. Psylocke, Cable and Domino all appeared with a variety of harvesting tools, back bling and gliders. Of the three X-Force members, Domino jumped right off the screen with blue, black and white color palette. Players could complete the Domino set with her dual-wielded Probability Dagger Harvesting Tools. Domino and the rest of the X-Force last appeared in the item shop on June 15 after an initial release of April 17.

Considering Deadpool is no longer involved in the Battle Pass, we might not see Domino again. 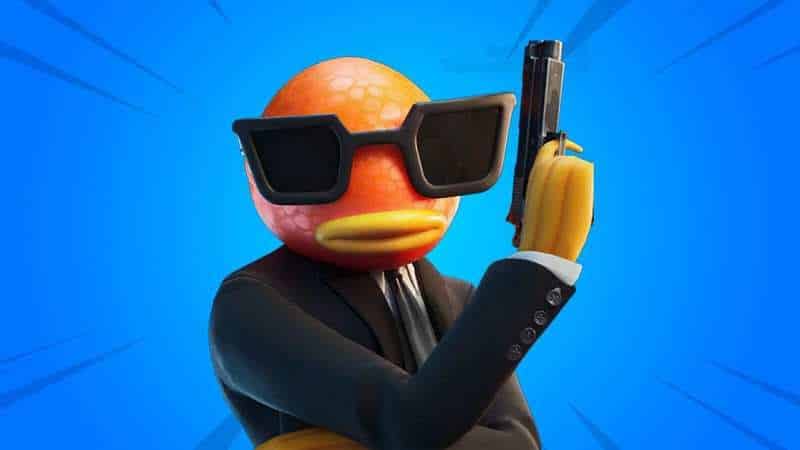 As part of the Bassassian set, the Contract Giller was the latest Fishstick skin variant at its release. This skin combined John Wick’s body with the ultra-popular fishhead. The Contract Giller came in two variants, one with sunglasses and one without sunglasses. The Bassassin set, however, was not available for purchase with V-Bucks. Instead, players looking to add the Contract Giller to their repertoire could do so for $10 USD. Additionally, the pack came with an opportunity to earn 1,000 V-Bucks by completing seven daily challenges. Purchasers of the Bassassin set also received the Fresh Fish harvesting tool and Dorsal Destroyer back bling. The Contract Giller last appeared on July 10 after its initial release way back in March of 2020. 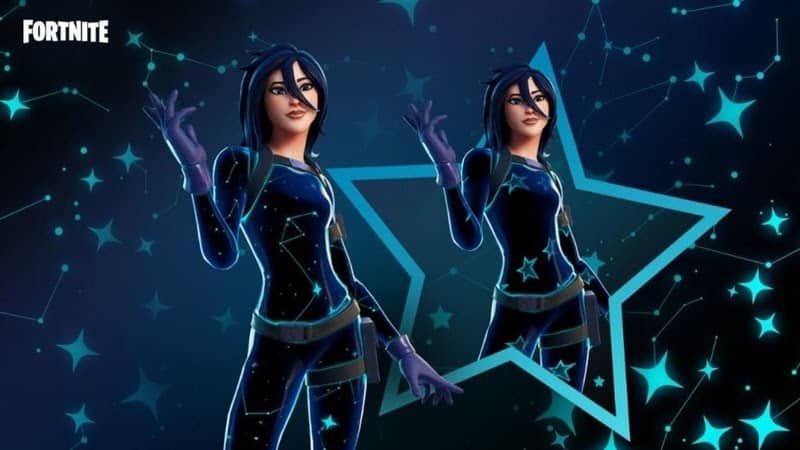 Epic Games kicked off the New Year with an outstanding skin, which set expectations high for 2020. The Astra skin quickly became the go-to skin for competitive and casual players. For 1,500 V-Bucks, players who purchased Astra earned the Shining Star back bling and could also add the Constellation weapon wrap for 500 V-Bucks to complete the set. Astra sported a female character model with a one-piece outfit, in which players could select a star or constellation theme. Epic has re-released this skin multiple times since its release at the beginning of this year, so there’s no reason to believe that won’t happen again soon. 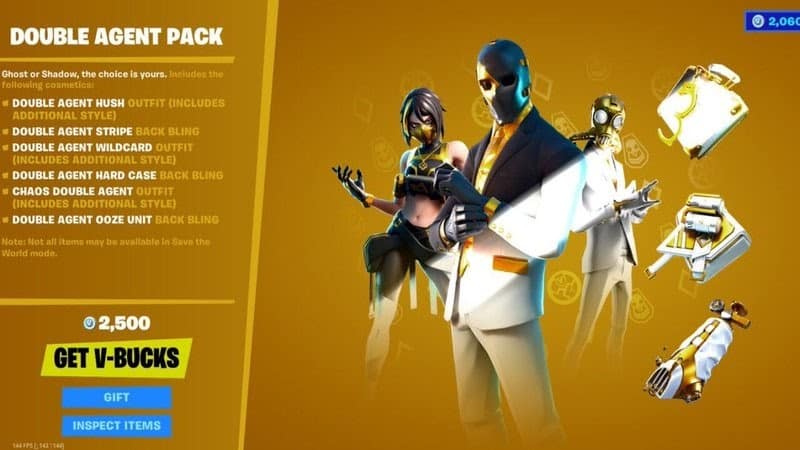 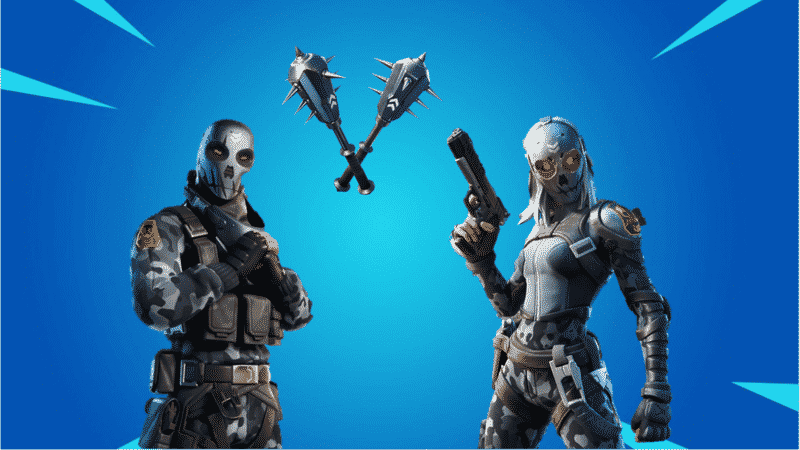 The award for most enigmatic skin of 2020 goes to Zadie. Modeled similar to an outfit from The Purge movie series, Zadie is a female character model equipped with A.L.T.E.R. tactical gear and a Shadow-style facemask. She came with three different styles, including a jungle and arctic style. Zadie came out in the Fortnite item shop on February 5, 2020, as part of the Metal Masq Bundle. The bundle was available for 2,400 V-Bucks and included Zadie’s male counterpart, known as Metal Mouth. For those not interested in the bundle, players could purchase just Zadie for 1,200 V-Bucks.

Some famous professional Fortnite players like Clix have used Zadie, which prompted others to campaign for the skin to return for purchase in the item shop. Unfortunately, she has not materialized again since February 16.

The next TI’s prize pool just keeps getting bigger. This year has been pretty odd. After COVID-19 practically altered the world, the Dota 2 scene is presently in risk. Unfortunately, Valve’s choice to cancel the DPC has had a negative effect on many smaller groups. After such a long hold-up, everybody expected the business to...

The first official patch of Fortnite Season 4 has arrived, and we have all of the details. After developer notes leaked late last night, the Fortnite community gained insight into what would come next in the latest patch. Epic Games has not shied away one bit from the idea of adding more Marvel Comics characters...

Jarvis returned to Fortnite and it didn’t pan out according to plan. FaZe Clan’s Jarvis “Jarvis” Khattri made his triumphant return to Twitch and Fortnite yesterday evening despite his banned status from the popular Battle Royale title. This story dates way back to November of 2019.  On that fateful day,...

Riot is surprising the Valorant community with FTW Summer Showdown, an all-women Valorant tournament with a $50,000 prize pool. Leveling the Playing Field The North America Ignition Series was set to end after Pop Flash, but Riot had a surprise waiting. A new tournament aimed to bring eyes to the...

The first official patch of Fortnite Season 4 has arrived, and we have all of the details. After developer notes leaked late last night, the Fortnite community gained insight into what would come next in the latest patch. Epic Games has not shied away one bit from the idea of...