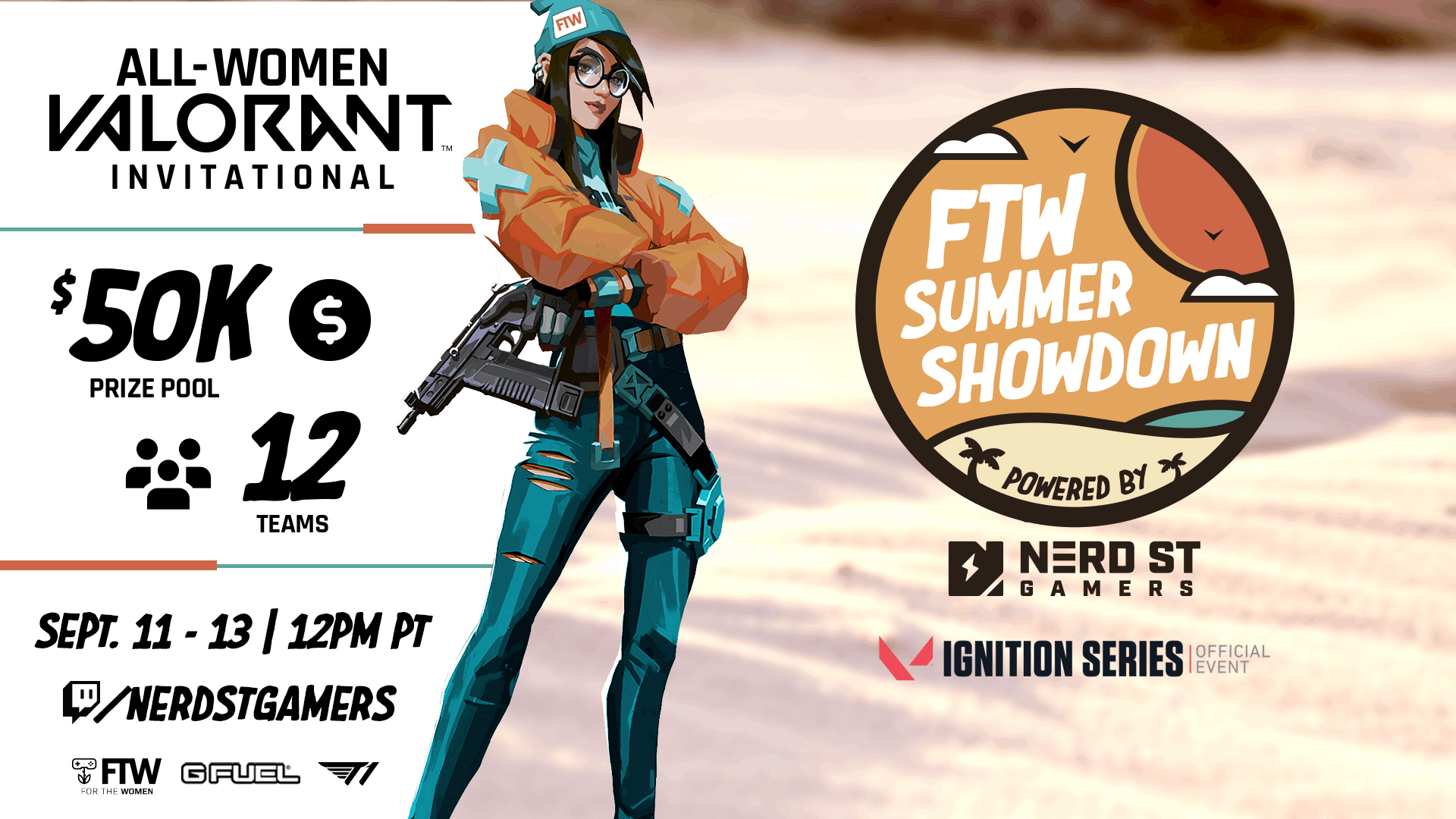 Riot is surprising the Valorant community with FTW Summer Showdown, an all-women Valorant tournament with a $50,000 prize pool.

The North America Ignition Series was set to end after Pop Flash, but Riot had a surprise waiting. A new tournament aimed to bring eyes to the underrepresented group in esports. The tournament will take place over three days, beginning on Sep. 11 at 5 PM EST. The event was originally set at eight teams competing for $10,000 however, it expanded to 12 teams and $50,000 after teaming up with Nerd Street Gamers, Spectacor Gaming, T1 Gaming & Entertainment, and G FUEL. The tournament will bring exposure not to the top female gamers in Valorant, but also for the aspiring amateurs.

Our party is getting bigger and we’re raising the stakes!

The FTW Summer Showdown sponsored by @T1 & @GFuelEnergy, and powered by @nerdstgamers is now a part of the @PlayVALORANT Ignition Series with Riot Games🔥

“The VALORANT Ignition Series is all about showcasing the best talent of our community, and we want to use our platform to celebrate those who do great things,” said Anna Donlon, Executive Producer of VALORANT at Riot Games. “Competing as a female in games is a daunting task for many reasons, so when we heard of Nerd Street Gamers’ and Spectacor Gaming’s FTW Summer Showdown, we knew we wanted to throw our support behind the tournament and elevate it to the level of our VALORANT Ignition Series.”

On Sep. 5, the qualifier tournament dictated which four amateur teams will be moving on to face the top eight this weekend. Teams at FTW Summer Showdown are composed of content creators, amateur, and professional players, boasting more diversity than any other Ignition Series event so far. This is one of the largest prize pools for an all-women esports event. Competitive Valorant is in its infancy, a tournament like this promotes diversity for future tournaments. Matches take place from Sep. 11-13 starting at 5 PM EST on Nerd Street Gamers’ Twitch channel.

The first official patch of Fortnite Season 4 has arrived, and we have all of the details. After developer notes leaked late last night, the Fortnite community gained insight into what would come next in the latest patch. Epic Games has not shied away one bit from the idea of adding more Marvel Comics characters...

Jarvis returned to Fortnite and it didn’t pan out according to plan. FaZe Clan’s Jarvis “Jarvis” Khattri made his triumphant return to Twitch and Fortnite yesterday evening despite his banned status from the popular Battle Royale title. This story dates way back to November of 2019.  On that fateful day, Epic Games banned Jarvis for...

Stay up to date
Register now to get updates on promotions and coupons.