The making of EVE Online 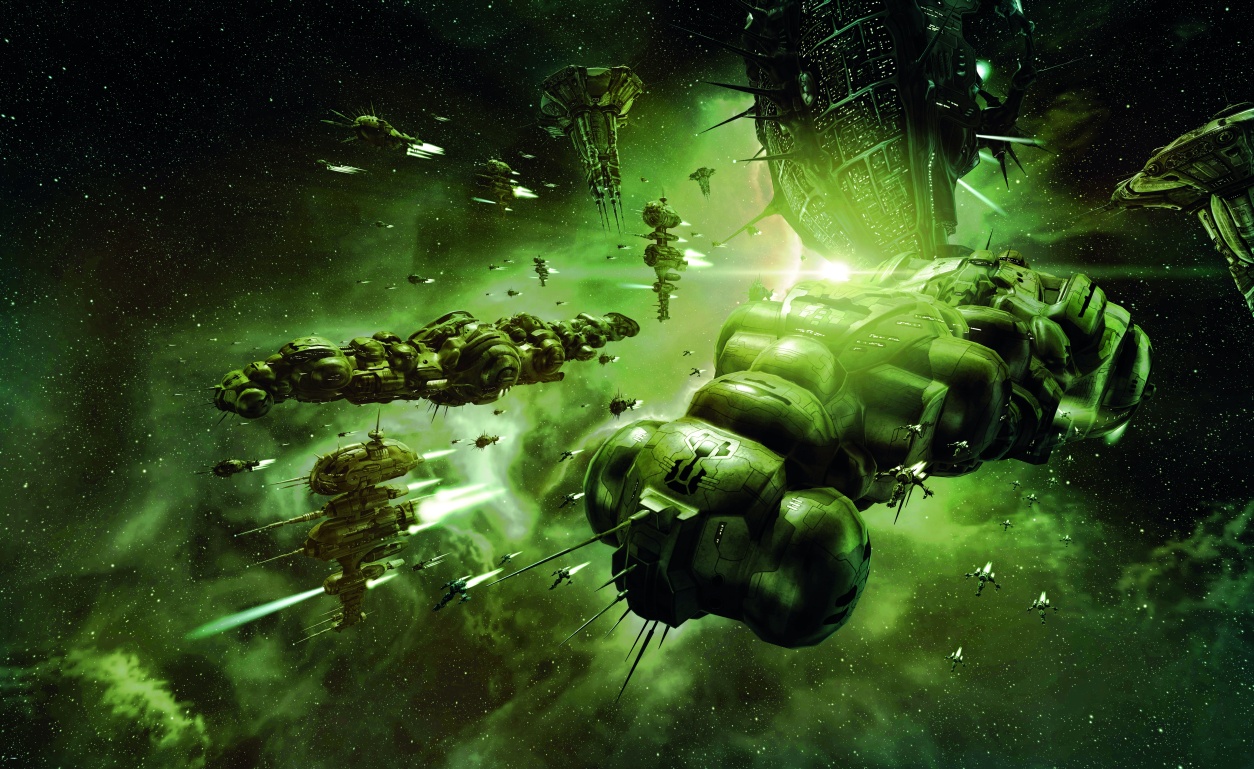 Ingólfr Arnarson left Norway in a flimsy boat made of wood and beaten metal in 874 AD. He left to find somewhere colder, harsher, more unforgiving than his cold, harsh, unforgiving homeland. He found Iceland. A millennium and a century later, in the country Ingólfr forged, another set of pioneers got an idea in their heads. It was an idea of similar insanity and danger, one that demanded they brave high water to create a new existence. Like Ingólfr, they sailed off in the darkness of the Arctic winter for a new home. They found EVE.

The Reykjavik head office of CCP, creator of the galactic bastard sim EVE Online, feels like an outpost on the edge of the world. Look at the right angle from the main boardroom’s giant windows and you’d swear human beings had never laid foot in Iceland—if it wasn’t for the few CCP staff members mid-smoke break gripping solid steel railings on the balcony outside and bracing against the wind.

Inside the boardroom, the only wall that isn’t made of glass has an image of two men in a room half a world away. They’re Reynir Harðarson and Hilmar Pétursson—CCP’s co-founder and creative director, and CEO respectively—and they’re trying to explain why they created EVE Online, sat in their company’s Atlanta office. Hilmar begins: “I was playing Elite when I was 11 on my BBC, and I wished the other ships were real people.”

Reynir nods. His justification is the same. “I was playing Elite when I was 12, and that dream stuck. I had a dream of making this game—to be called Cosmos.”

Hilmar speaks quickly and plainly, demystifying his colleague’s frequent dips into the philosophical and theoretical with solid reasoning. They interact like old friends, Hilmar as the reliable businessman, Reynir as the dreamer-with-a-work-ethic. Their sensible demeanours belie quite how insane the decision to make EVE was.

“Iceland the country was connected to the internet via a modem at the time. You had to wait for the country to dial in.” Hilmar laughs at his own joke, but stresses how near this absurdity was to the truth back when EVE first germinated as a concept. A volcanically unstable rock equidistantly far from both of gaming’s biggest markets, Iceland is not a country anyone would peg as a development opportunity. Until 874 AD and Ingólfr, nobody even wanted to call it home. “We didn’t know anyone who had even worked at a game company,” says Reynir.

“People asked us when I told them our plan for EVE, ‘Why even try? You’re going to compete with Sony and Microsoft and EA. Who do you think you are?’ I don’t know, but I just really wanted to do it.” He turns to face the video camera, and smiles. “And we did.”

Bars in Iceland stay open until six in the morning, but the streets look deserted. If you can brave the wind and stand on Reykjavik’s main street, you’ll see an evolved dance of humanit—the Icelandic intra-pub sprint-huddle. It’s a strange penguin shuffle that takes people through the bitter cold to their next source of booze. I first saw it 12 hours after my interview with Reynir, and connected this nation-scale example of bloody-mindedness to the discussion I had earlier in the day.

“Why did we need to do it? It was the impossible thing to do.” Another smile. Reynir knows the universe he helped found existed in the heads of players and developers across the globe. “It was kind of inevitable—it’s a common cultural thing to dream about this type of space opera.” Break EVE down to the one-line pitch, multiplayer spaceships in space, and it’s not a unique concept. What was unique was CCP’s ability to actually pull it off.

When Reynir and his friends found their minds consumed by plans for EVE and not their day jobs, they quit. “I thought I could easily hire all the guys from my previous company. The problem was we had no money.” Reynir was drifting without financial propulsion. “’Where are we gonna get money?’ We decided to make a board game.” They thought it would give them the capital required to jumpstart EVE’s thrusters. Reynir explains how they got that first cash injection. “We mortgaged my friend’s grandmother’s house.” Their game was getting more dangerous, yanking in outsiders on an optimistic theory.

Astoundingly, it worked. “We published the board game in Christmas 1998, and it sold about 10,000 copies, enough to get us programming on EVE and hiring people.” Its name? Hættuspil. ‘Danger Game.’

That was where the hard work began. Reynir recalls the early days. “The blood and sweat—and especially blood—that went into creating EVE was monumental. We almost killed ourselves in the process. We lived at the office for almost three years, we worked 15 hours every fucking day. We slept under desks.” He turns to stare at me, eyes haunted across the ocean. “It was absolute madness.”

Later, I speak to Torfi Frans Ólafsson, EVE’s creative director and fellow survivor from the company’s inception. I bring up this early development period and he slumps back in his chair. “We used to work 80-hour weeks. Sometimes we went without salaries for months and didn’t make any money.” From the outside, EVE was ticking along in its first years. From the inside, employees were being stretched by a vociferous fanbase. “All we had was an internet forum full of extremely angry gamers who were pissed off at how bad our game was. All you got for it were players who were furious because of random defects. That was our life.”

Of course, the internet was a different land back in 2003, when wild lollercopters still patrolled the sky. I ask Torfi what would happen to EVE, launching today. “The market is less tolerant of lower-quality products. You can’t ship with as many defects as we did in 2003.” But they still had their pressures. The only way to hold them off was dogged persistence. “Sometimes you’ll hit hard times and you’ll just have to weather them.”

EVE was a project born of love—but also of manic, traumatic focus.

This story was originally published in January, 2011. Read more of our best making-of features.

Remnant: From the Ashes Swamps of Corsus DLC will add a survival mode

Remnant: From the Ashes will get new DLC on April 28 in the form of Swamps of Corsus, which adds a bunch of new content including a Survival Mode. According to studio Gunfire Games, this mode basically turns the game into a rogue-like. “Those brave enough to take on this intense permadeath challenge will travel...

When I think of SnowRunner, I think of a gruelling sim about getting large vehicles through difficult terrain. I imagine this activity to be meditative, exacting, sometimes frustrating, but ultimately satisfying. One thing I do not expect of SnowRunner—or any other Spintires game, for that matter—is for it to make me want to cry. (For...